John A. Stormer (February 9, 1928 – July 10, 2018) was an American Protestant anti-communist author, best known for his 1964 book None Dare Call It Treason. Both a pastor and a Christian school superintendent, his books have sold millions, warning America about the communist infiltration of American society, politics and culture. He has been called by Daniel Pipes “the man who may be the most popular U.S. backstairs author of all time.

Born in Altoona, Pennsylvania, Stormer attended Pennsylvania State University and served as an Air Force editor and historian during the Korean War. After the war, he graduated from California’s San Jose State University with a B.A. in journalism. He served for several years as editor and general manager of an electrical magazine. In 1962, he left the business world for studying and writing about communism. He founded Liberty Bell Press in 1963.

In 1965, Stormer was born again and soon started to preach the gospel and to write for the Fundamentalist Christian Beacon. He served as pastor of Heritage Baptist Church and superintendent of Faith Christian School in Florissant, Missouri for 31 years. He was also president of the Missouri Association of Christian Schools for 10 years. Beginning in 1977, he conducted weekly Bible studies for members of the Missouri State Legislature. He published a periodic newsletter, Understanding the Times, which focused on foreign policy, politics, education, religion, and economics. After his retirement, he continued to speak regularly in Bible conferences and Understanding the Times seminars.

He married Elizabeth in 1954. They settled in Florissant, Missouri. and had one daughter. Stormer died on July 10, 2018 in Troy, Missouri at the age of 90.

Then said the LORD unto me, Though Moses and Samuel stood before me, yet my mind could not be toward this people: cast them out of my sight, and let them go forth. And it shall come to pass, if they say unto thee, Whither shall we go forth? then 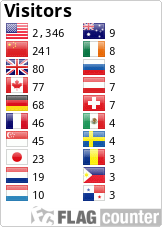